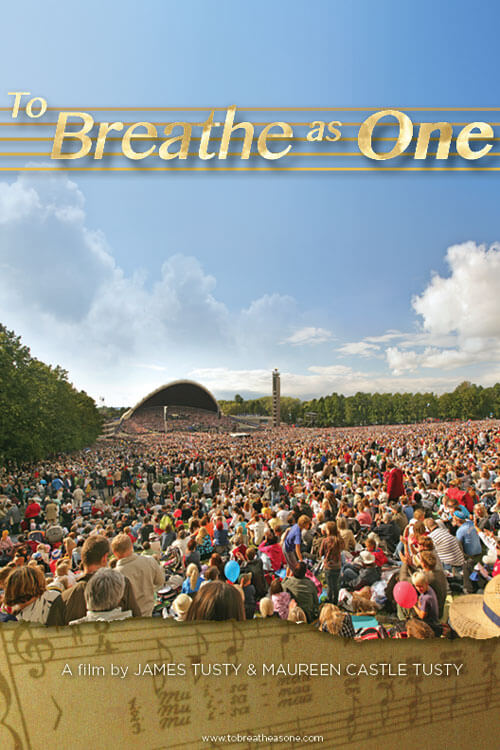 More than a song festival, “Laulupidu” is an Estonian miracle that at least twice in history gave freedom to that country. “To Breathe As One” explores the beauty and meaning of the choral festival through the eyes of the young members of the California-based Piedmont East Bay Children’s Choir, one of the few American choirs invited to participate. Learning difficult songs — all in Estonian — the youngsters prepare for months and then set off to join the many thousands from around the world who gather every five years in Tallinn.

Forming cross-cultural friendships that span the oceans, there they discover the unique role that music has played for Estonians for over 150 years, as an integral force in maintaining strength and identity for a people who have faced cultural genocide — more than once.

From the filmmakers of the acclaimed The Singing Revolution, the film reveals that for Estonians singing is not just a means of cultural expression but a defining part of their national identity.

Since 1869, Estonians have held massive song festivals where more than 30,000 people have taken the stage to sing. Choirs and singers have to audition, and the end result is stunning to see and hear.

The first song festival was held as a national unification event while Estonia was under Czarist rule. Since that time, Laulupidu has been held 26 times.

Gustav Ernesaks (above) participated in every single Laulupidu that was held under Soviet occupation. He lived to see Estonia restored to independence in 1991 and died a free man in 1993.Since 1869, Estonians have held massive song festivals where more than 30,000 people have taken the stage to sing. Choirs and singers have to audition, and the end result is stunning to see and hear.

To learn more about this incredible tradition, please click here 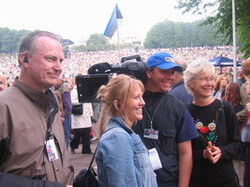 James Tusty and Maureen Castle Tusty  (on the left in the picture) are the primary filmmakers of To Breathe as One, which tells the story of “Laulupidu”, the renowned song festival that interweaves artistic expression, defiance of oppression and cultural identify for the Estonian people. Jim and Mo are a husband and wife filmmaking team who founded Sky Films Incorporated, a company dedicated to documentary films that celebrate the triumph of the human spirit over adversity. They have separately and together produced hundreds of programs, including television programs, TV commercials, and international corporate films. They have shot films in over forty countries around the world, on every continent except Antarctica.

Sky Films Inc. has produced multiple full-length documentary films for television broadcast, and prior to producing To Breathe as One, they released the critically acclaimed feature documentary, The Singing Revolution, and played in 125 North American theatrical markets. The New York Times wrote of the film, “Imagine the scene in Casablanca in which the French patrons sing ‘La Marseillaise’ in defiance of the Germans, then multiply its power by a factor of thousands, and you’ve only begun to imagine the force of The Singing Revolution. After its theatrical run, it was released on public television, and has been distributed to 10,000 American schools . Mo & Jim live in upstate New York with their daughter, two cats, a dog, a lizard and three chickens.

To Breathe As One